When it comes to delivering efficiency, Ruby360 set the bar when they installed 500kW of solar modules on 3 layer barn roofs (approximately 1,500 solar panels) supplying the 3 layer barns and 1 pullet barn with excess energy being sent to an additional 3 layer barns. 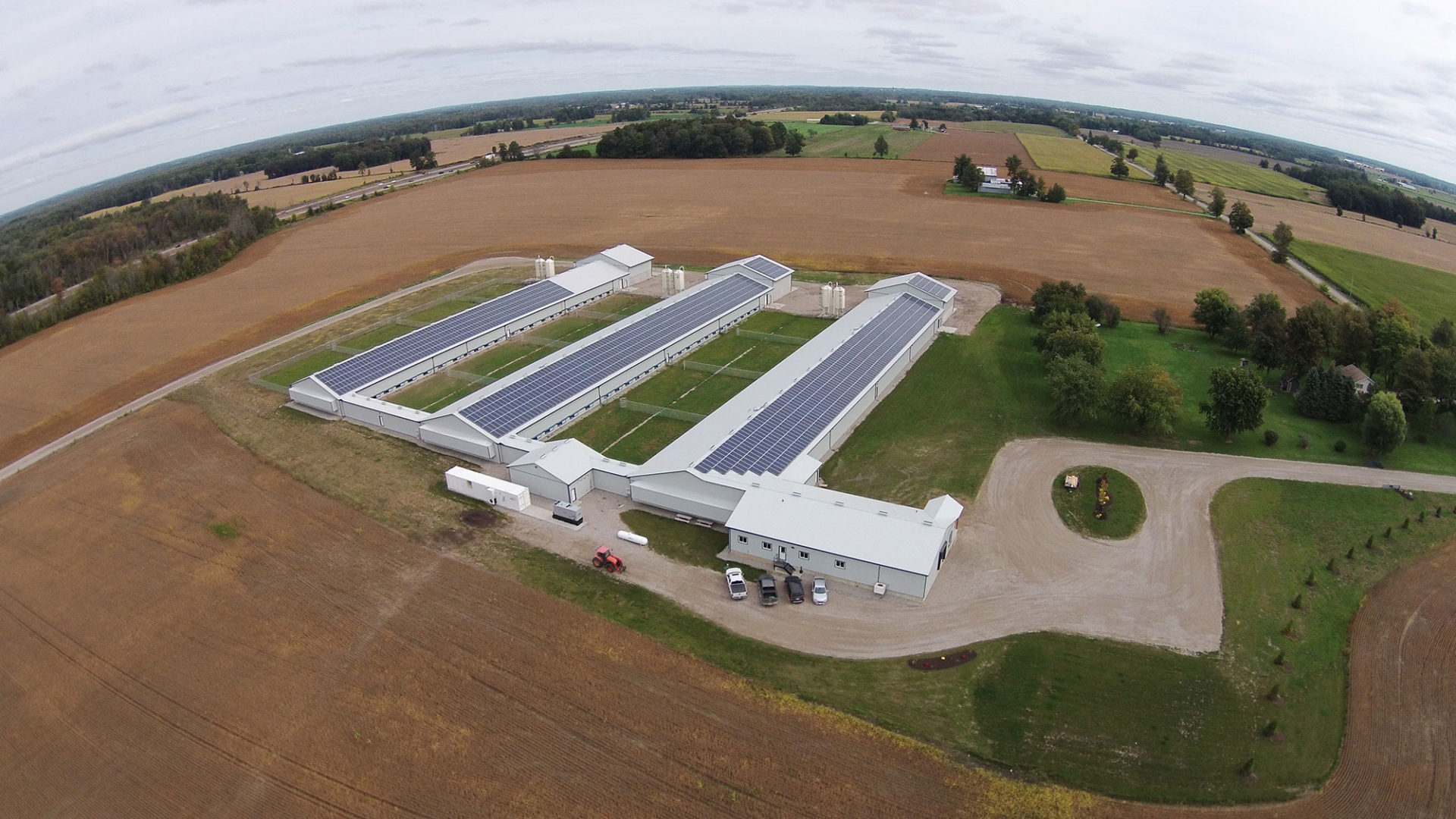 329,325 kWh of energy produced in the past year by the solar system

73,714 kWh of excess energy exported to the farms in the past year

“The farm consists of a starter pullet barn, one free-run layer barn and two free-range layer barns. The electricity generated from the solar panels also powers the neighbouring farm, which has about 185,000 birds.”

The whole facility is lit using Once LED lighting bulbs designed for the agricultural market, all bulbs in the barn are controlled using dimmers controlled automatically to produce the lighting levels required for proper animal health and behavior while conserving electricity

All motors on the farm are run off Variable Frequency Drives (VFD). These allow the motors to start gradually which reduces mechanical strain and electrical shocks decreasing demands on electrical system. Motors can be sped up or slowed down to reduce loads or amount of time required for them to run

All motors on farm are either Nema Premium or IEC IE3 high efficiency motors. These are the highest quality, most efficient motors available currently and help reduce the overall load of the system

Systems can be setup and scheduled at certain times so that they do not overlap each other or to run while excess energy is available. This does not reduce the amount of power needed on the farm but does reduce the amount of energy that needs to be stored which increases the efficiency of the system

Large fans are better at moving air using less energy compared to small fans. Typically barns like these use a number of small fans to exhaust air overnight and through the winter (when our power production is limited) but working with the design of the barn, air is exhausted through a central duct located in the ceiling to the back of the barn and through one large (51” diameter) fan. These large fans incorporate custom built for the application direct drive brushless DC motors with integrated drives, these motors are direct drive so they eliminate the need for belts and bearings further increasing efficiencies. The ventilation system transitions during higher demand times to a tunnel system which also works well using a few large fans rather than several smaller fans spread out along the sidewalls of the barn further saving energy. The efficiency of the large fans is the highest at lowest speeds, so the staging of the fans is such that we are always running the fans at the lowest speeds possible to achieve the airflow required for a healthy environment for the hens and workers.

All the above leads to energy savings of around 37% over a traditional layer farm of the same size.